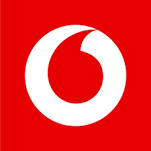 The fascinating morning session focused on the world of Data Analytics and AI. The event was hosted by Ahmed Essam, Group Commercial and Strategy Officer, who delivered a key note around the commitment to Diversity from Vodafone. As a Vodafone executive, he shared his view on the importance of inclusion and of bringing diverse talent and way of thinking to the company.  Nahia Orduna, from Women in Big Data EMEA Core Team, served as moderator and shared interesting facts about data to encourage the conversations. Senior Manager in Analytics and Digital Integration in Vodafone, Nahia explained why a career in Data is a great opportunity no matter your gender, age or career background. In addition to giving advice to people on how to pursue a career in data, she also presented the global partnership between Vodafone and Women in Big Data and celebrated that it is now one year old!

The morning continued with Dr. Nuria Oliver, MIT PhD holder, multiple award winner, an elected permanent member of the Royal Academy of Engineering of Spain, and one of the most cited female Data Scientists in the world. Nuria shared her Data Science career journey, and also spoke on the ways Data Analytics adds commercial value to Vodafone, as well as about the work Vodafone does to improve the life quality for billions of people, making Vodafone a purpose-led organisation.

In the afternoon, there was a panel discussion on data trends, moderated by Nahia and joined by 80 people from different companies. It was very dynamic and the topics discussed were around the latest data trends, privacy and quality issues, how to communicate data to people who are not data friendly, and how big organisations are embracing the data.

Following the panel discussion, Sagree Mahilall, who kicked off the Women in Big Data UK Chapter in 2018 and has been leading UK wide events since then, organised a competition for the end of the panel discussion. The prizes were 60 minutes coaching sessions which will be delivered by Stephanie Twineham, Global Human Resources Business Partner at Vodafone Business and Wendy Somerville and Nahia Orduna from the panel and also part of Vodafone Business Team.

And thanks to all who attended. It was a long day, full of inspiration!

Diversity at its best: WiBD Munich Chapter partnering with Datageeks 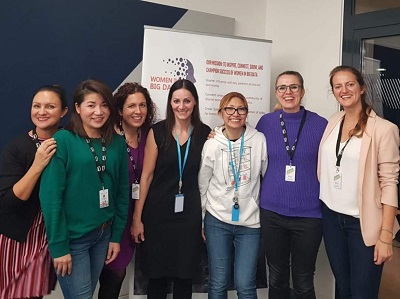