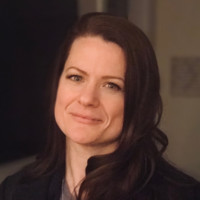 Tina Tang: OK, Angela, help our readers get to know you better…tell us two truths and a lie about you.
Angela Harvey: Skiing is my favorite sport. I studied physics in university. And I played on the university volleyball team. The funny thing about my standard two truths and one lie is that everyone always assumes physics is the lie, and not the volleyball team. Maybe because in reality I was cut from the volleyball team in high school. and it still stings to this day. But it’s OK, I’m working on it in therapy 🙂

Tina: I’m curious about what led you to pursue a career in the tech industry?
Angela: I hated physics in high school and went to university thinking I’d eventually go into medical school. Then I took my first bio course where we did a complex dissection! I got very woozy, making me realize that med school was not in the cards. Then I found a new program at SFU that and realized I had a talent for physics and computer science. It was a surprising choice for me, because it’s not something that us sporty girls usually do.

My career choice was made independent of family influence. Dad was in insurance and Mom was in banking. And tech wasn’t big in Vancouver when I was growing up. It was really the co-op program I did (also known as an internship) that most influenced my decision to make a career out of it. It was so enlightening, because it was mostly programming based. I realized programming was NOT what I wanted to primarily do, so I gravitated towards commercialization roles in my job search.

The first role I landed out of school was in inbound sales. Next I went into presales. Since then I’ve been in product management, product marketing, and partner marketing/alliance roles. Currently I manage a large co-marketing program with one of SAP’s global technology partners in the data analytics space.

Tina: Have there been people in your career that made a difference?
Angela: Doing a co-op is a great way to figure out where your interests are. I was also very lucky to have mentors like Alison Biggan (currently President of Corporate Marketing at SAP), who helped me find my path on the business side, using my background in tech as a foundation.

Back in my college days, the biggest names in tech were Bill Gates and Steve Jobs, but I didn’t feel personal connection, only admiration for their accomplishments. Currently I am inspired by executives like Jen Morgan (currently Co-CEO of SAP), who have worked hard during their careers to earn their leadership roles and also lead with purpose.

Tina: Did you ever experience challenges or obstacles early in your career? How did you persevere?
Angela: A few years ago I had the opportunity to lead a new product initiative. The product was called SAP IT Operations Analytics (SAP ITOA), which was a new and unique offering in the company’s portfolio—an analytics tool built for IT, by IT. Our team built a strong product, but on this journey we learned that we didn’t have the right fit within the company. We had to hustle hard and learned about grit. Ultimately. despite best efforts, we did not succeed as a product. However, the experience gave me the opportunity to engage with senior executives that I wouldn’t have had otherwise. Much of the work I am able to do now is based on that experience. If could go back in time, I would have let us fail faster after recognizing it would not succeed.

I also learned something interesting about people. When people like you, they want you to succeed. But that is not necessarily the right thing for a product. Only one person, who was COO of the global sales org at the time, gave me the tough talk I needed. She told me I was doing a great job, but the product was not a market fit for our company. She told me the hard truth no one else would, while at the same time being supportive of me as a person. I really appreciated that honesty, because being frank is not always easy.

Tina: What do you find most rewarding about the work you do?
Angela: I really like working with customers. I like seeing how tech can transform their business. I love the cool stories about how they’ve moved the needle on environmental and social issues, such as Bumble Bee tuna, ensuring ethical fishing practices. Tech really can help improve lives and the world.

Tina: What would you tell someone who is thinking about pursuing a career in the tech industry?
Angela: Don’t discount the industry just because you’re not technical. Some of the best and brightest people I’ve worked with don’t have a technical education. Tech does value diversity in backgrounds as well as gender, orientation, neurodiversity, and other aspects of identity. Many roles just require you to be curious.

I also want to point out one benefit that people may not realize when choosing a profession: careers in the tech industry tend to be a career path that is more flexible. Being a wife and mother, it’s been fantastic for my family. I start at 6am due to my time zone vis-a-vis my colleagues in Europe, but I have afternoons with my kids who are in school. I can finish up at night if I need to when they’re in bed. The faster pace is manageable with that flexibility. Note that men also get that same flexibility, which also supports families overall. It’s a practice that makes employees very loyal and higher performers. 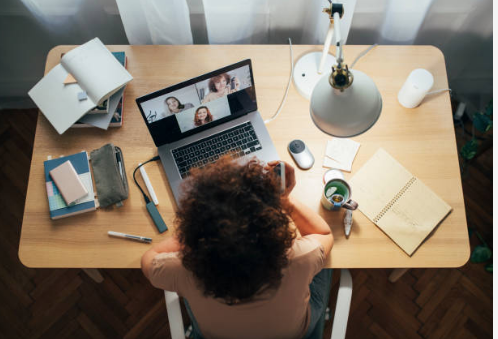 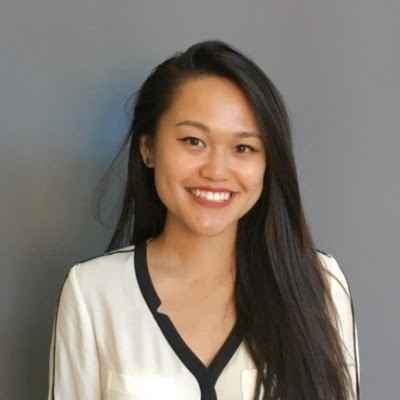 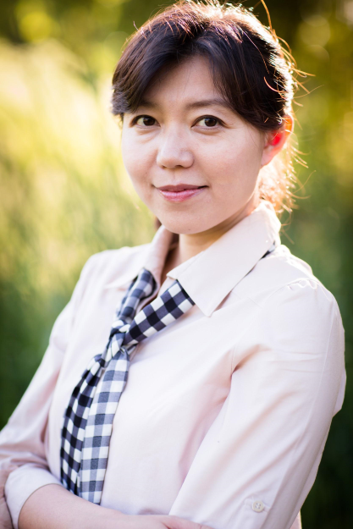 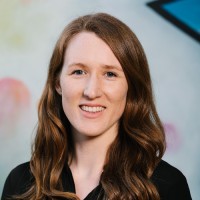 The Equity Gap: Why We Should All Care: 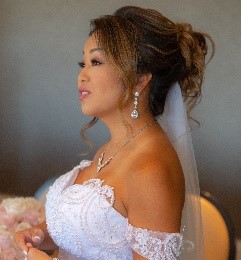 Growing Up with Women in Big Data: Q&A with Elaine Kwok