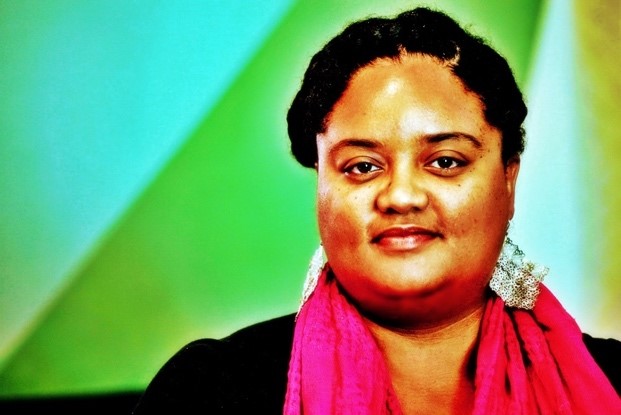 I am Marie Smith, CIO of Data 360. I’m a business leader, advisor, coach, and mentor who works and advocates locally, regionally, and nationally for digital and technology literacy, closing the economic gap using technology and ethical, equitable, and explainable AI. I have over 30 years of experience in the media and technology industries. Currently, I am a Senior Software Architect and Systems Administrator that specializes in developing predictive KPIs, optimization of the organizational, department, and customer information systems (marketing and sales, CRM/Dun and Bradstreet), and architecting custom UML, BI, Hadoop, and mobile/social media platform systems.

I started programming and playing the viola at the ripe old age of nine years old. My mother encouraged me to do both things because she was both a musician and learning programming. I used to fiddle around with our Texas Instruments personal computer and entertain myself playing Pac-Man at night on our Atari. This year set me up to be an engineer. My father always called me an engineer, but I did not think of myself until much later in my career.

Mostly I thought of myself as a creative person early in my career. I was a writer and still am a writer at heart. I leveraged my computer skills and writing skills to work on the newspapers at my elementary, middle, and high schools, which led me to my first job at a local weekly newspaper at the age of 15. My career focused on preparing digitally and manually created text and photographs for pasting on a “print board,” making the newspaper. It was the late 80s and early 90s, and digital printing was still not available to everyday businesses. At night, I worked on the subscription list on an early CRM system and made evening telemarketing sales calls.

I applied to college at the age of 17 with some credits from both high school and college classes I completed simultaneously. And I was achieving an International Baccalaureate diploma as well as my American diploma. It turned out that my computer and writing skills made me an excellent candidate to get into film/television school at the University of Southern California, the number one film school in the world. I was a classic overachiever with so many scholarships and class co-Valedictorian at my high school with an Associate Degree worth of credits in hand. I didn’t realize what I had achieved until I met the 30+ students from all over the world who were also admitted to this elite program in their freshman year.

After that day, when it dawned on me about the opportunity sitting before me, I hustled to make the most of it. I worked in different university areas at first, both in preventative medicine and gender psychology research. But then, I was up for another surprise. I was working at a startup.

It started when I was hunting for a job at the USC local career newspaper, and I saw an internship ad. I applied and got called in. It turned out that it was for not just an entertainment company, but a $400 million media startup funded and supported by some of the top names in entertainment under Turner Home Entertainment (THE, eventually merged into AOL). I was also taking television production classes and multimedia classes to add to my existing programming and graphic design knowledge, which taught me how to make video games. I was simultaneously interviewing for television shows to work as a production assistant and working at the THE startup. I interviewed with Seinfeld, Third Rock from the Sun, Living Single, and The Dennis Miller Show (on HBO).

I got the job with Dennis Miller. So, I worked at THE startup and Dennis Miller at the same time. At one point, the production staff at Dennis Miller said that I looked tired.  I was explaining that I worked two jobs. And they asked me about my other job. I explained that it was with Turner Home Entertainment in a new secret endeavor for a lot of money, but they were building everything from the ground up. And they all stopped and said, “Why are you here? We’re comedy people, and you have the chance to be in technology. We’ll always be here. You need to be in technology.” I thought again with all of this engineering talk. LOL!

I eventually took that advice and haven’t looked back. The whirlwind that I’ve been on looks like a who’s who of corporate and tech. I credit that to my mentors, who encouraged me to never give up and see opportunities everywhere.

I’ve been a founder and contributor to nearly 50 media, tech, and wellness companies and projects, which have contributed to over $100 million in transactions. Once our THE startup joined Warner Brothers in their Consumer Products division, I began developing other skills in the areas of advertising, sales, dynamic and automated operations, and marketing, working with companies such as Computer Associates, Electronic Arts, Viewpoint Datalabs, Digital Domain, Saatchi & Saatchi and the Nobel Foundation.

Some of the most notable achievements that I was a part of have been in the late 90s, and early 2000s in 3D imaging with an Academy Award-winning company funded by the late Paul Allen called Paraform, where I helped to launch a 3D human imaging program with entertainment studios combined with motion capture technology services program with a company called Motion Analysis and Silicon Graphics computers. With these three companies and other cutting-edge technologies, my team and I helped create FIFA 2000 for Electronic Arts, the movie Lake Placid, music videos with Digital Domain, including one starring Busta Rhymes and Janet Jackson, and the first animated promotional videos to air on television (CNN). I also directed 3D artistic displays at the 2001 Oscars Governors Ball.

After my corporate career accomplishments, I decided that gradually adding to my education was also an excellent opportunity to add nuisances and layers of skills to my career trajectory. I have continued my educational goals over the last 15 years by attending summer and online graduate programs with the Harvard Program on Negotiation and Stanford Center for Professional Development. I am pursuing a JD and PHD in legal informatics from Stanford University (currently on extended hiatus).

I am also deeply passionate about education. My co-founders and I regularly dedicate resources to accelerate the educational system and non-profits learning more about the latest technologies. I have been a speaker/presenter, lectured at and produced a curriculum for over 8,000 elementary, middle, high school, college students and workers online and in-person about coding, career development, corporate data analysis, data science, and technology development with Harvard Innovation Lab, the University of Southern California, University of California Berkeley,  University of California Irvine, Los Angeles Trade-Tech College, California State University Dominguez Hills, conferences and corporations throughout the United States and Europe.

What motivates me is sharing knowledge to help others access opportunities and new possibilities. That is why our company slogan is Expanding Possibilities.

What frustrates me is racism, sexism, classism and discrimination of any kind, by the excuses and attempts at deception to hide these things.

The quote that I live by: “Be the change you want to see in the world” – Ghandi

The message that I’d like to share with our awesome WIBD community of 17000+ women worldwide is if you have a vision for the world, don’t give up. Persist until you reach the goal and then pay it forward.