What Martial Arts Can Teach About Diversity The Women in Big Data EMEA region launched in the beginning of 2017, and after announcing it at industry events across Europe, we had many different conversations with a variety of people.

I began to notice an interesting paradox. On one hand, the challenges these driven, intelligent and successful women face through their careers in STEM fall into patterns, and every single woman has a personal story with a theme about either feeling like a misfit, struggling to find one’s voice, feeling isolated, or not being able to achieve their full potential. We all are well familiar with the psychological mechanics of being the only woman in the room: suddenly becoming so self-aware and cautious about the way we sound, how we are perceived, and in which ways we can be judged. These experiences are universal and transcend geographical locations, job functions, and corporate ranks.

But on the other hand, so many men came to talk to us, praising the WiBD initiative and saying they want to be a part of the solution, telling personal stories about wives, sisters and daughters whose experiences along the technical career paths have not been strewn with roses. As a result, my way of thinking about diversity has shifted, with more emphasis put on the importance of bridging the gap, creating partnerships, and learning the art of conversation, so that we can work productively with each other and solve big, complex, exciting problems together.

The first year of  the WiBD EMEA chapter coincided with the last year of my MBA program, and those endless hours of case-cracking and revising for exams notoriously help shape new friendships. Max is one of my MBA friends. He is a few years younger and has a sweet two-year-old also named Anna; we share a specific sense of humor and have spent several months assigned to the same work group. Max has a passion for Brazilian Jiu-Jitsu (BJJ); he tries to pull in all his friends into this sport, and I was no exception. As much as this was a radical move for a yoga/long walks/art museums kind of gal, one of the things an MBA teaches you is the importance of getting outside of your comfort zone to train your brain to deal with the uncertainty of the unfamiliar, so in that spirit I went for a trial BJJ class.

On a sunny Saturday morning I took a train to the suburbs of Paris and found myself in a gym decorated like a fight club, full of confident, muscular men wearing serious workout outfit with bright logos. Not only I was the only woman, the only foreigner, and the only beginner in the room, but also my yoga outfit and attitude felt very much out of place. Though this BJJ setting was very different, I was immediately taken back to my early twenties and my first months on the job as a junior project manager at a newly acquired Intel software R&D office in Siberia, Russia. The similarities between those two situations were striking, and from that point on, my journey has been an ongoing reflection on the parallels between STEM and Brazilian Jiu-Jitsu (another predominantly male field). I realized that BJJ—this “art of human chess”—has a few lessons to teach us about diversity. Tina Rosario, the director of the WiBD EMEA chapter, encouraged me to note them down and added a couple of valuable insights.

I was warned that beginning BJJ is tough and that you spend the first few months learning the ropes—and getting beat up. I reached the limits of my frustration quickly; in one of the very first classes I was struggling through a drill with Sam, a black belt instructor (and also an MBA alumnus). I stopped and blurted out that I didn’t know the rules and had no clue what I was doing. He paused, looked me in the eye, and in a very calm tone suggested that I relax, ignore the rules and use my creativity. That sounded philosophical in the moment, but as I later learned he was referring to very tangible and fundamental concepts.

There are hundreds of moves and combinations for twisting joints and choking bigger, stronger opponents using very specific techniques based on distributing your own weight in the most efficient ways and utilizing your arms, legs and pieces of wardrobe. Learning to deal with the pain of the pressure of the opponent is one of the first challenges for the beginners. Despite rigorous safety rules, the stress of losing your ability to breath is very real, and muscle tension is a natural physiological response, but the correct technique is to relax so that you can regain your breath, analyze the situation, and plan your escape. A well-known Bruce Lee quote—“be like water”—serves as a great illustration. The counterintuitive nature of this skill is both the challenge and one of the cornerstones of BJJ. There is a common notion that acquiring this skill on a physical level has the side effect of improving stress management and conflict management skills in daily life.

Another important concept is the art of letting go, improvising and going with the flow. Not only is the learning curve in BJJ steep, but there are multiple techniques, combinations, skill levels, body types and individual games: sometimes your strategy simply won’t work, and sometimes you will have to ignore the rules and play by ear. Ability and readiness to improvise and adjust is crucial. Despite the inherent complexity of BJJ, newbies have the advantage of ignorance, so simply relying on your instincts can be a winning strategy.

When it comes to workplace behavioral patterns, women are particularly good at following the rules, but there is a downside: we often miss out on amazing job opportunities because we simply do not apply for a promising position unless our backgrounds are a perfect match. This is a big issue, especially in a large industry facing a growing shortage of talent. (To learn more about this problem, and to pick up a few ideas on upgrading your job search game, stay tuned for an upcoming free webinar by Elisabeth Tafelmeyer from Ryte.)

Despite all the bruises and the pain that came with Brazilian Jiu-Jitsu, a part of me was thrilled, thanks to a mix of sociological and journalistic curiosity. I was feeling like a cultural anthropologist on an assignment. My friends were surprised by what they saw as my eccentric choice of a new hobby, and they demanded explanations, which fueled my curiosity and sharpened my observational skills. Many of the men in my class hold demanding white collar jobs, raise families and do not at all seem to be the type to enjoy or initiate conflict, yet they spend several hours each week meticulously drilling the basic moves to learn the mechanics of fighting.

My MBA taught me a lot about strategy, but this was the art of war from an entirely different angle, and it was striking some deep cords, making me uncomfortable. Women are not socialized to fight. In general and on average, we are more into growing gardens and cultivating meaningful relationships, searching for a win-win and focusing on doing the right thing for the benefit of the group. We are taught that fighting is bad, causes harm, is not lady-like, and that there is always a way to solve a problem using an intelligent, rational approach. We are good at collaborating and we bond through supporting each other. Aggression is socialized out of us, generation after generation, across cultures. As Tina Rosario has pointed out so well: we often try too hard to start on a note that is unnecessarily too nice, and also too weak. The men in my class certainly have very different notions about competition, conflict and fighting. They take turns destroying each other while learning the fine nuances of a new technique; they inflict a few bruises and sprains and then go grab drinks together afterward. That is how they bond—an interesting, but perhaps not very practical observation.

Now, though, there is another beginner woman at the club, Amel. Although we have just met and only practiced together a few times, we tend to stick together, greeting each other with big smiles and hugs, exchanging jokes on group forums and pictures of kids and cats through private messages. That said, Amel is fierce, quick, and detail-oriented–and she wins most of our rounds. Perhaps the magic of bonding through structured, tunneled confrontation may be gender agnostic. And perhaps I have more to learn about the notion of the “fighting spirit” that some people seem to have naturally but others could deliberately develop and learn to tunnel productively.

Lesson 3: the Art of Inclusion.

According to Google search results, a conversation about attracting and retaining women in BJJ has been ongoing in this community for a while. There are many martial arts out there, but BJJ seems to be the one that women could benefit the most from—and the one they seem to avoid the most. Those who join often do so through a partner or a friend who is already training. Retention is another big topic, and since the first months are notoriously difficult, there are multiple tips and suggestions on how to keep those women involved until they become more experienced and more likely to stay long term.

From my perspective, giving BJJ a try was a radical step, completely out of character, and a deliberate effort to push myself out of my comfort zone (as I was dealing with a tough personal situation). Max was amazing in coaching me through the first steps and subtly encouraging every next one to ensure that I don’t turn around and run away. I was somewhat bracing for the fitting-in phase with the rest of the group, but black belt instructors Vincent and Sam made me feel included and a part of the team, and gracefully role-modeled those inclusive behaviors we hear so much about, but unfortunately do not always see in practice.

Last but not least, I was deeply touched on numerous occasions when the guys paused, switched to English, explained, demonstrated, made suggestions and genuinely cheered to celebrate my first little victories. If only women starting in tech could experience even a fraction of such support and encouragement! That alone would revolutionize the industry and create positive changes in the technologies we design, the products we release, and the ways we impact how people live and work. We do aspire toward initiatives, such as WiBD, that help us move in that direction, and we are partnering with male executives to walk this walk together. As a first step, Rob Davis from Tableaux Software is going to deliver a keynote on creating the culture of diversity and the important role managers play in achieving this. (Registration details will be published soon, stay tuned.)

In conclusion, I would like to share a text Max sent me on the New Year’s Eve, as an encouragement to the WiBD community. That message said “Go and do crazy things this year.” Cheers to 2017. We still have one fourth of it left, and who knows what can happen if we all go and do something crazy. 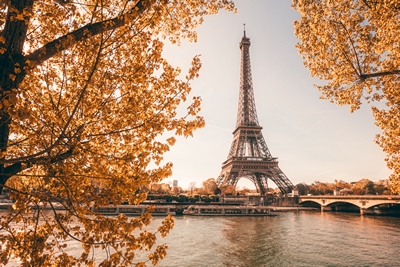