WiBD Virtual MeetUp – Part III: How to Become a VP 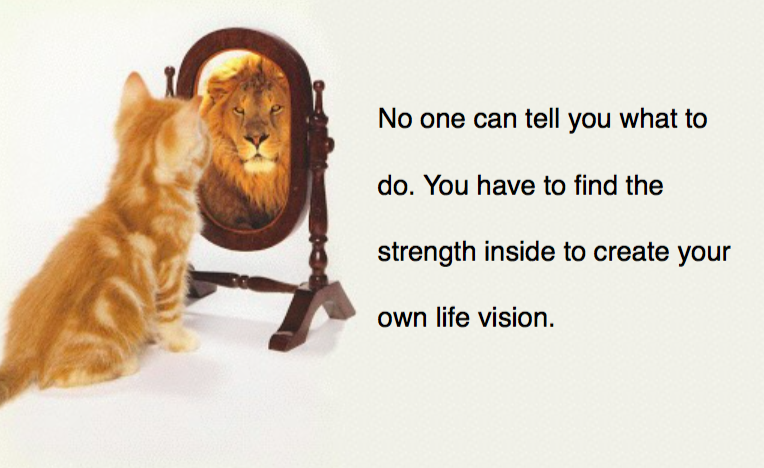 Over the past 3 months, Women in Big Data has featured a 3-part career coaching series called “Creating a Life That Totally Rocks” with Dr. Michelle Chappel. While Part I was about finding your inner superhero, and Part II was about goal setting and shooting for the stars, Part III was about the application of both on “How to Become a VP.” In this session Michelle discusses her path to VP, and also features Andrea Gibbs, Sr. Director at Intel, System Firmware Ecosystem, Business Development and Policy, who is also the Chair of Intel Architecture Graphics and Software Group Diversity and Inclusion Champions.

Andrea and Michelle shared their stories of childhood, where they were born and raised, parents, and early career path. Andrea was told from her family she had four choices for college: become a nun, medical doctor, lawyer, or architecture. She chose law and got a JD, LLM and PhD (ABD) in Law from various universities. Michelle’s options were getting married quickly and having kids or becoming a teacher. She had a strong vision for the future she wanted and ended up getting a scholarship at Georgetown University and studying Psychology.

Trusting Your Own Voice

The speakers discussed the importance of “trusting your own voice.” Andrea discussed feeling stagnant in her career and life and one day drawing a “wheel of life,” appending all the elements of her life, such as family, kids, career, interests, etc., and writing beside each what was satisfying for each bucket. This exercise helped her to further clarify what she loved doing and where to go next. Within 1.5 years, she left her legal career of 15 years to lead Intel’s Strategy in platform cybersecurity, as she felt a calling to work more deeply in technology and innovation. Michelle went to Princeton to get her PhD and became a professor, but she felt something was missing. She had publications, great teaching reviews, and loved her students, but one day she decided to follow her own advice to “follow your heart.” Her voice whispered, “be a rock star.” She auditioned for a rock and roll band and became a singer at night and professor by day and eventually left academics to follow her dream. She said, “when you listen to your voice, your world shifts!”

Part of  “growing pains” is the struggle to expand, and Andrea and Michelle drew a metaphor to a caterpillar becoming a butterfly. Andrea explained that there is a distinction between discomfort and terror. An expansive change will make you feel uncomfortable yet excited. If the feeling is terror then perhaps it isn’t the right timing for that change. Andrea felt the discomfort in her new cybersecurity role and that motivated her to study very hard to prepare for that role. Perhaps your mind harbors limiting thoughts or beliefs. Michelle talked about the song critique she received that would often send her to her car in tears, but showed her how to become a good songwriter. She also talked about the scary leap she made moving to South Africa after being a professor, still uncertain of her musical abilities, but her CD was signed to a major label and 11 out of her 15 songs got radio airplay.

Andrea talked about “wearing the suit” for the role you want, envisioning yourself in that role, believing that you can do it, and reminded us that both men and women experience the “Imposter Syndrome.” Andrea looked at evidence of times she did something that was a stretch for her as evidence to have faith in herself that she could handle new challenges. She was successful in her role in cybersecurity and that brought several new opportunities a couple of years later. Believing in the self and preparation are key. Michelle was told at age 30 she was too old for a career in music, but she got her first record deal in South Africa at 35, and her second one in Europe at a 42. She said, “just because someone tells you that you can’t do something, it doesn’t mean it’s true.” She also pointed out that you can teach yourself anything, and if you can succeed in one thing, you can succeed in another area. Case in point: even though she’d only spent one day at Princeton learning about “human factors”, in three years she became senior director of user research in the corporate world by looking at the tech world through “beginner’s mind” — in which anything is possible. Her rapid promotion came from being of service and talking to individuals at all levels of the ladder to solve company problems.

Andrea talked about being open to new opportunities and jumping straight into cryptography and cybersecurity and a career in BIOS engineering after that. Using her law skills to listen, analyze, and problem solve, she experienced a quick, steady rise in her career. Michelle enjoyed doing consulting work after she had hit a glass ceiling at the senior director level and “let go” of wanting to be a VP. However, while she was consulting at eBay she got a call from a CEO she had worked with previously who offered her a VP position in London, and she grabbed it.

After telling their stories, Andrea and Michelle shared tips and tools for transformation, and covered a question and answer session. Attendees engaged in interesting conversation around corporate politics, gender bias in leadership, collaboration, entering technology for the first time, company culture, and finding sponsors and allies.

For those of you who may have missed “Part I” on 4/22/20, read about our blog and listen to the recorded session at http://www.womeninbigdata.org/2020/04/28/wibd-online-event-dr-michelle-chappel-create-a-life-that-totally-rocks/.

(Note that Part I, which focused on how to discover your superpowers and use them to distinguish yourself at work, was not required for participating in Part 2. Watching Part I is recommended, but not required, for Part III.)

Michelle has a Ph.D. in psychology from Princeton and was voted “Most Inspirational Professor” at the University of California, Santa Cruz, where she taught cognition and creativity. Despite being called “crazy” by a few colleagues, she ditched academics to follow her childhood dream to be a rock star. Her award-winning tunes have topped overseas and U.S. college radio charts and been featured on ABC, HBO, Encore, and Showtime. Michelle also rose in the ranks of the corporate world from usability engineer to VP of Consumer Insights, leading brainstorming sessions and user research for such companies as Google, Yahoo, eBay, Yahoo, and AT&T. She’s helped thousands of people rock their lives by using their superpowers. Her book “Total Rock Star” comes out in 2020.

Andrea Gibbs is a Senior Director, Business, Ecosystem Dev and Policy for the Intel’s System Firmware Products group. She also chairs the Intel Architecture Graphics and Software D&I Champions committee, formed with senior leaders across the group to drive cultural change in this field, as well as organizational health & social equity. She earned a JD from Universidad Catolica, an LLM from Deusto University, Spain and is a Ph.D candidate, ABD in International Private Law, University of Barcelona. She held various roles at Intel, such Sr. Director Firmware Business Development and Policy for the Data Center Engineering Group, Director of Strategy, Platform Security group, Chief of Staff, Technical Assistance and Director of Operations for Intel’s Chief Compliance Officer, Ethics and Legal Compliance Group, and Senior Attorney for various Intel business units where she specialized in licensing and large M&A transactions. 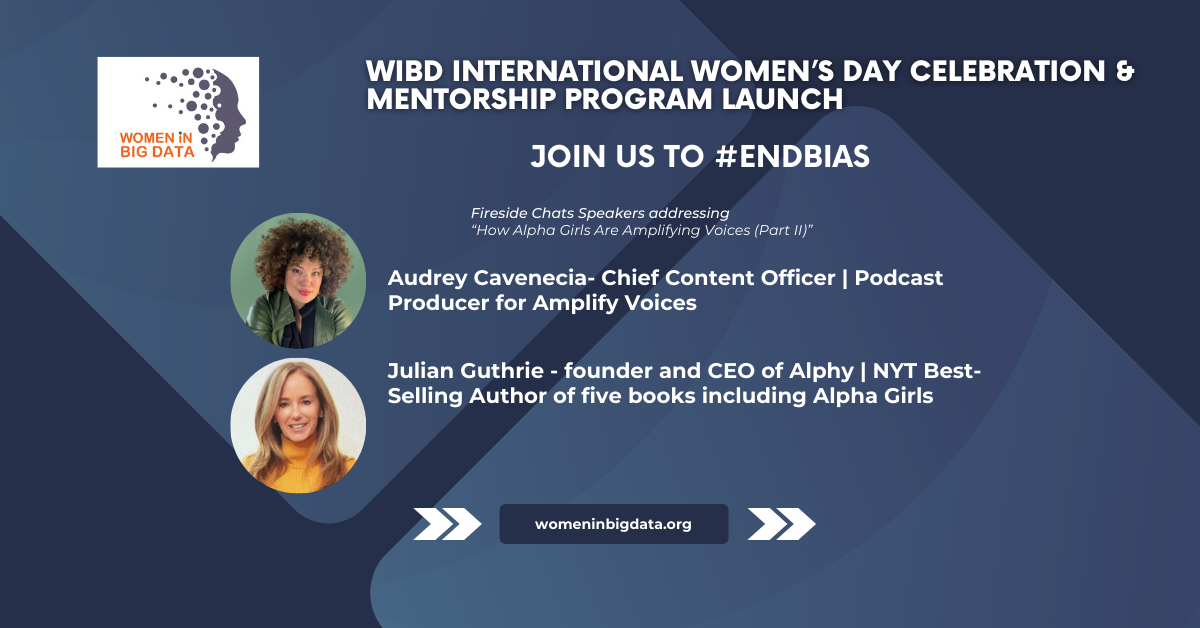 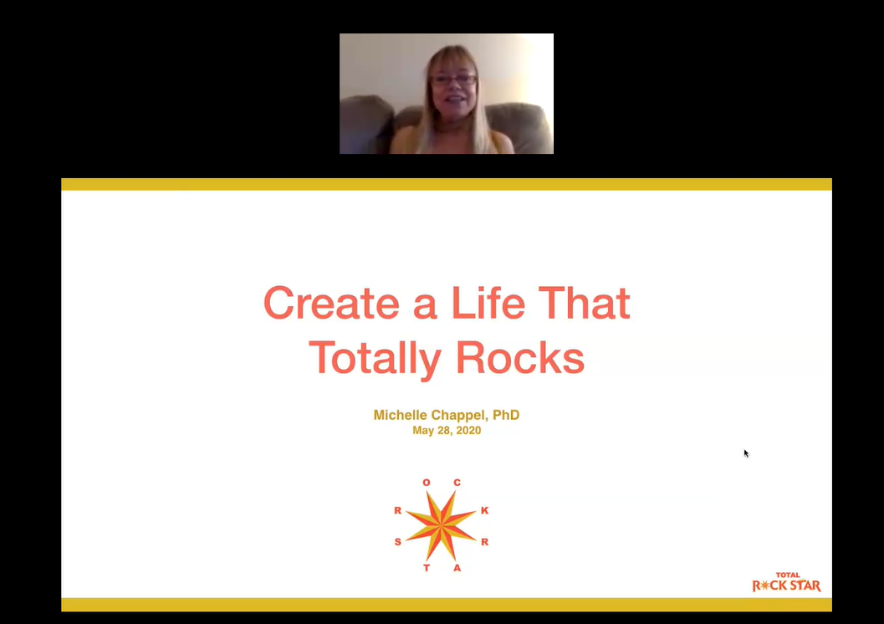 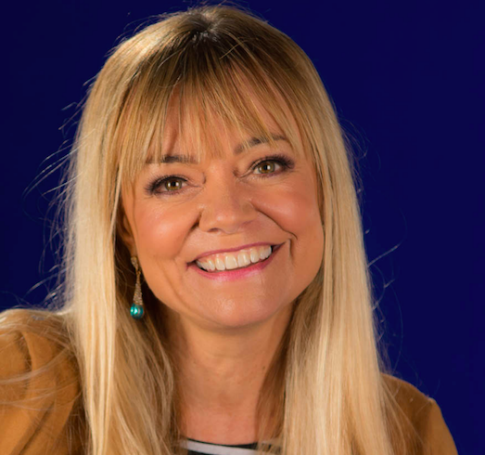 Have You Met Her? Maleeha Qazi 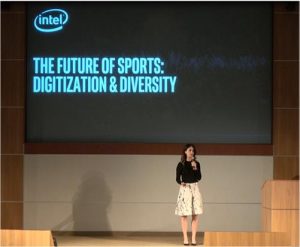